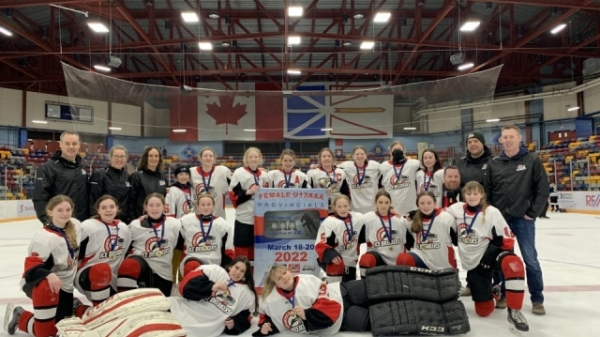 The Eastern Ice Breakers won the 2022 U13 AAA Female Provincial championships on Sunday in Corner Brook, edging out the Tri pen Ice 3-2 in the championship game. The Ice breakers held a healthy 3-0 advantage heading into the third period and managed to survive a late comeback attempt from the Ice, holding on for the 3-2 victory. The championship team is made up of the top 12 and 13 year old female players in the Eastern region. The U13 AAA division is the entry level for high performance female hockey players in the province.